The ‘Community Housing Fund Revenue Programme 2021/22’ is funded by the Department for Levelling Up, Housing and Communities (DLUHC). The award of this funding is fantastic news for York where the affordable housing crisis is a huge and worsening problem.

According to Plumplot, house prices in the city have increased by 12% in the last 12 months alone. This is while think tank Centre for Cities report that real take-home wages in York have fallen more than in any other city in England.

Community-led housing is a way that people and communities can come together to solve their own housing challenges and provide high quality and affordable homes. The homes are managed or owned by the community in the way they want.

OpHouse, which was formed in January 2020, is working in partnership with YorSpace, an existing Community Land Trust (CLT) already active in York, to renovate Morrell House, a decommissioned care home in the Clifton area of York - one of the most deprived areas of the city.

“We’re really pleased to be working with OpHouse to deliver another new affordable, low carbon, community led housing project. We desperately need new affordable housing models that protect homes from the market and it’s great for YorSpace to be able to support another group of York residents to develop one. It’s exciting to be bringing Morrell House forward in partnership and to be helping form a second housing co-op in the city.”

The partners have until the end of March 2022 to carry out all the necessary preparations and submit their plan to the City of York Council to convert the unused building into a community centre and seventeen flats.

“We couldn’t be more thrilled.” Says Alice Wilson, one of the directors of OpHouse alongside Rebecca Carr and Helen Walker. “York is in dire need of affordable housing and we are showing that community-led homes are a successful and much needed alternative to traditional housing delivery which focuses on profit not people.”

The news of this grant funding comes following the successful delivery of a week-long community engagement project which took place on site during York Design Week.

Rebecca Carr and a team of architecture students from the School of Architecture at Sheffield University took over the disused retirement home and spent each day getting to know local people, decorating the front of the building, and finding out directly from the community what local people would like to see happening on site. 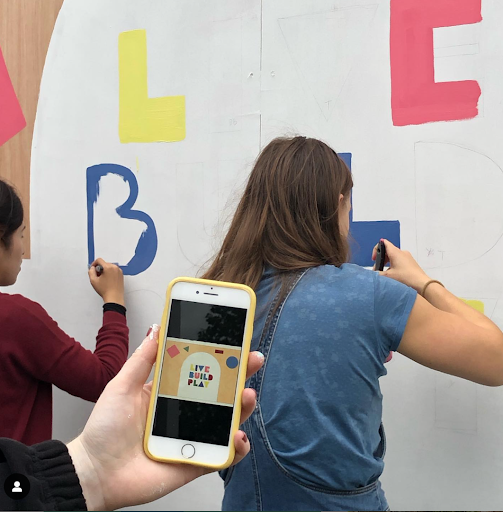 Local area coordinator Samantha Goddard had this to say about the project:

“It’s kind of overwhelming to take all of this in, that something like this is happening in Clifton. I am going to meet someone later today who is being evicted because they have been priced out of the area, so to know that there are people who really care about affordable housing, it’s just amazing.”

York is leading the way in community-led housing initiatives as The Morrell House Co-op will be the second provider in the city to offer a resident-led design and delivery process.

Find out more and keep up to date with OpHouse here,